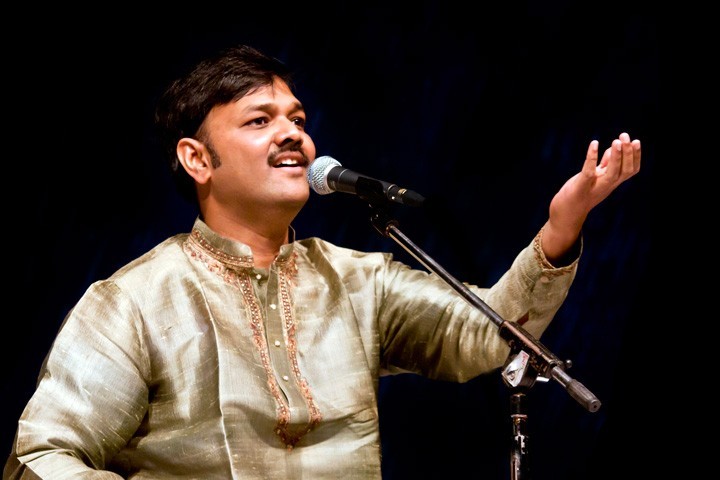 Sanjeev Abhyankar (born 1969) is a Hindustani classical music vocalist of the Mewati Gharana.

He won the National Film Award for Best Male Playback Singer in 1999 for his song, Suno Re Bhaila, in the Hindi film, Godmother.

Sanjeev Abhyankar was born on October 5, 1969 in Pune, India to Dr. Shobha Abhyankar.

He started learning Hindustani Classical Music, at the age of eight, groomed by his mother, and her guru Pandit Pimpalkhare and later from Pandit Jasraj. Though his aim had been to pursue a career in music since childhood, he has acquired a Bachelor's Degree in Commerce.

Sanjeev Abhyankar rendered his first stage performance in Mumbai, at the age of 11 in 1981. Since then, he has traveled extensively all over the country and abroad.

He has contributed to the already existing vast repertoire[peacock term] of Mewati compositions. He specializes in jugalbandi (duet singing) and has performed jugalbandis with Durga Jasraj, Kala Ramnath and Ashwini Bhide Deshpande.

He has received many awards which include the President's award from All India Radio in 1990, the F. I. E. Foundation National Award 1996, the National Award in 1998 as the best male playback singer for the Hindi film Godmother, the title 'Sur Ratna', Rotary Vocational Excellence Award 2002 and Pandit Jasraj Gaurav Puraskar.