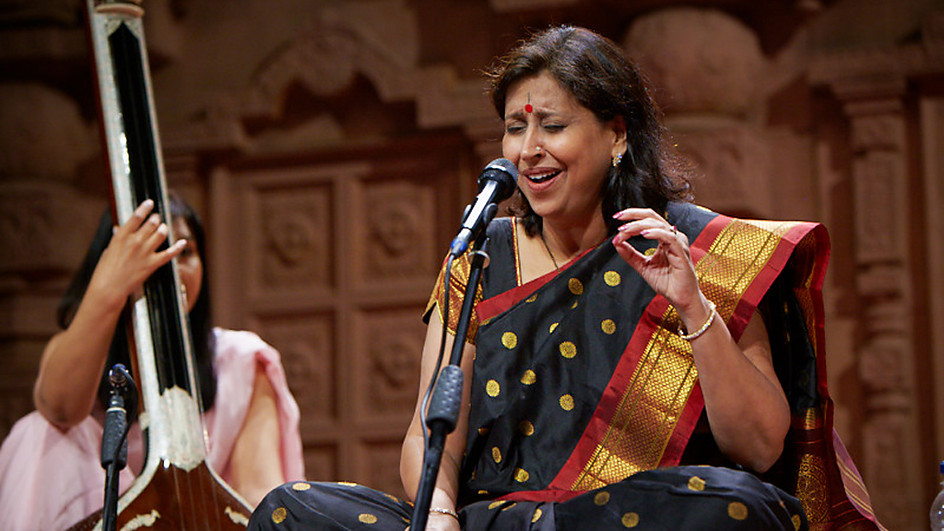 Arati Ankalikar-Tikekar (born 27 January 1963, in Bijapur) is an Indian classical singer. She has received training in Agra as well as Gwalior-Atrauli gharanas. Endowed with a rich voice, Arati's performances are marked by her command over both the rhythm and the melody. She has received the National Film Award for Best Female Playback Singer twice (in 2006 and 2012).She is married to Indian film actor Uday Tikekar.

She is best known for her albums such as Tejomay Nadbrahm and Raag-Rang, and playback for the movies Antarnaad, De dhakka, Savlee, and the hit Sardari Begum, "Ek Hazarachi Note".

Arati Ankalikar-Tikekar is currently recognised as one of the top vocalists of the younger generation. Being a disciple of famous singers, her singing style is a rare combination of great qualities from various gharanas. She has to her credit a number of audio cassettes and CD recordings marketed by HMV, Polygram and Rhythm House. She has been the main playback singer for several notable Marathi, Konkani as well as Hindi films, namely:

Training as a singer :

She started her training with veteran Pandit Vasantrao Kulkarni of the Agra Gwalior gharanas. Thereafter she received training from Gana Saraswati Smt Kishori Amonkar of the Jaipur Atrauli gharana. For a brief period she also benefited from the guidance of Pandit Ulhas Kashalkar. She is continuing her training under Pandit Dinkar Kaikini. All of her teachers have influenced Arati's style. Listening to her performances one sees a blend of the various gharanas represented by her teachers.

A recipient of a Central Government scholarship (1975–1980) and the Surashri Kesarbai Kerkar scholarship (1980–1982), Arati stood first in the All India Radio competition held during 1983 and 1984 in Indian classical music, thumri and ghazal and was awarded the gold medal in all three categories. She has received the Mayor Award (2001) and the Kumar Gandharv Samman by the Madhya Pradesh government (2006–2007)

Arati has performed at many conferences in India, such as the Sawai Gandharva Mahotsav (Pune), the Malhar Utsav (Delhi), Pandit Mallikarjun Mansoor Pranam (Bhopal), the Gunidas Sangeet Sammelan (Mumbai), the Dover Lane Festival (Calcutta), the Shankarlal Festival (Delhi) and ITC Sangeet Sammelan and at sabhas organised by the Madras Music Academy (Chennai). She has been on concert tours in United States, Canada, UK and UAE. Arati has to her credit a number of audio cassette and CD releases. She was the main playback singer for the Shyam Benegal film Sardari Begum.

Being a versatile singer with a classical base, Arati Ankalikar-Tikekar is a soloist as well as a play back singer. This has brought her many accolades including Indian National scholarships with which she went to world renowned singers for her classical training and various national and state level awards. In her earlier years as a singer, she participated in competitions held by All India Radio and won gold medal in Thumri, Gazal and Classical Music Categories.She also has won Two National Film Awards .The first time was in 2006 at the 54th National Film Awards for Rajendra Talak's Antarnaad, a Konkani film based on the life of a classical singer and Second time in 2012 for the song palken naa moondon from Sumitra Bhave's Marathi film Samhita.