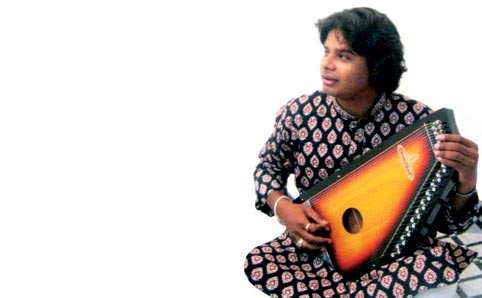 Ramakant Gaikwad is a young and promising rising star on the horizon of Indian Classical Vocal Music. Born on 13th May 1988, he started taking lessons at very tender age of 4 from his father Shri. Suryakant Gaikwad who himself is “Sangeet Alankar” and his mother Shrimati Sangita Gaikwad who herself is “Sangeet Visharad”. Following ‘Patiyala’ style or ‘Gharana’. Ramakant learnt in the music institute by name ‘Hari Om Sangeet Kala Mancha’ run by his father Shri. Suryakant Gaikwad. Young Ramakant started performing on the stage at a very tender age of 6. His natural talent and his musical sense brought appreciation from the common listeners as well as the connoisures of music. Even today, hearing his sonorous voice and mature rendering of delicacies of Raga. Ramakant has large number of awards and championships alreay under his belt.